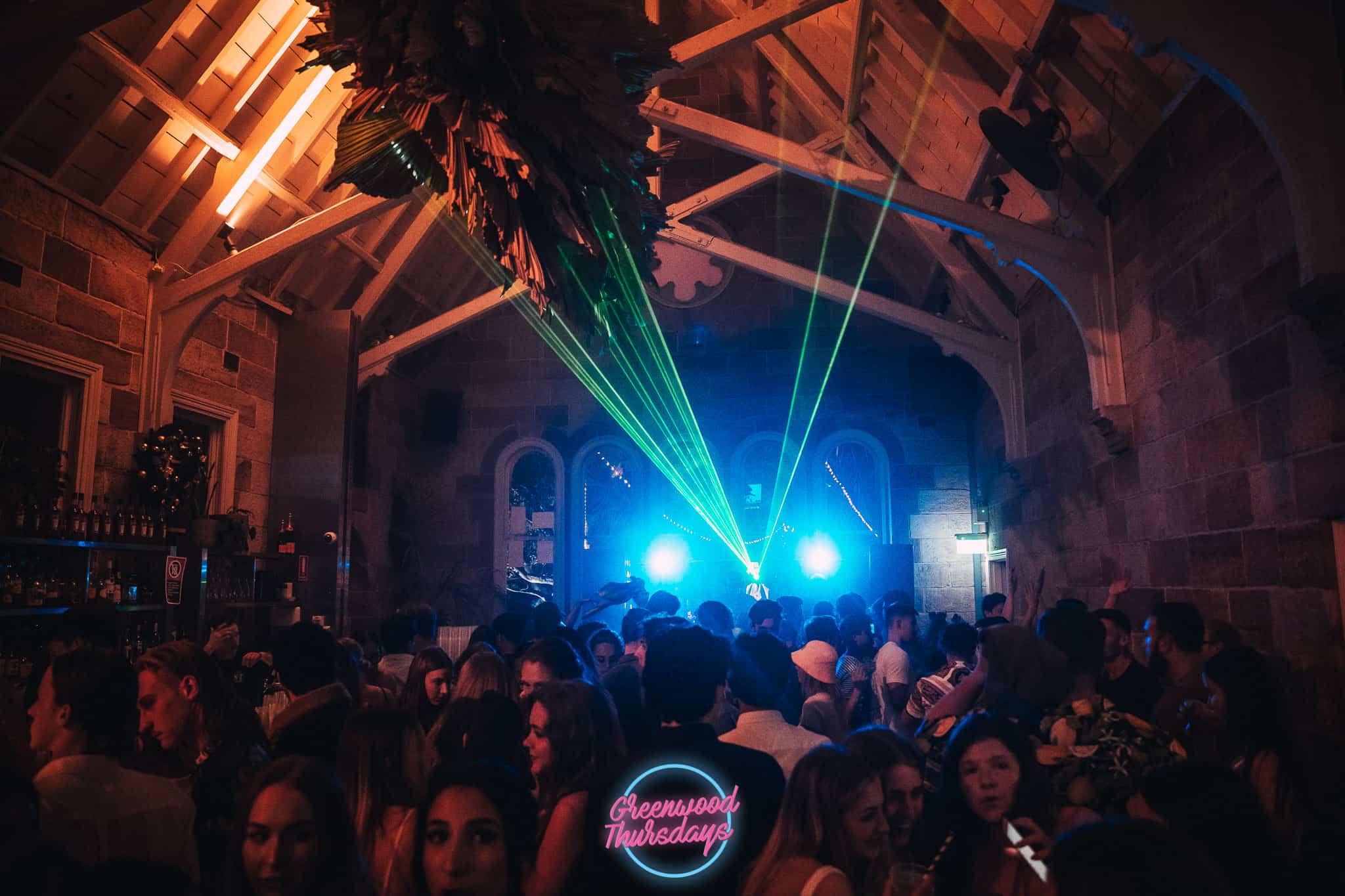 Ember DJ Set at Greenwood Thursdays in North Sydney at the Greenwood Hotel.

Ember has been dropping basslines and creating smiles on dance-floors in a big way of late.

One of the most sought-after artists to come out of the Australian club habitat, he’s earned his stripes locally and abroad, ransacking riders with a who’s who of dance music and sharing stages with the likes of Diplo, Tchami, Skrillex, Duke Dumont, Snoop Dogg, Claptone, A-Trak, Calvin Harris, RÜFÜS DU SOL, Justice, What So Not, Boys Noize, Kid Cudi, Kaskade, Jauz and Flume to name a few.

Raised in suburban melting pot, the early days saw Ember make a name for himself founding club nights and back room raves with friends across Sydney. Establishing his own brand with his off-the-wall sets that bridged the gap between house, tech and bass, building a killer record-bag along the way.

Sharpening his teeth via home town residencies at Chinese Laundry and Ivy, he has since held his own at Field Day, Splendour In The Grass, Harbourlife and some of Australia’s most iconic party spots. Setting the stage for a relentless touring schedule – hitting the road under the Ministry of Sound banner for Clubbers Guide and The Annual with the likes of Dom Dolla.

Keeping his ear to the ground and head out of the clouds, his first official release, Blur, hit #1 on the ARIA Club Chart, with Triple J premiers from Peking Duk. Since then he’s dropped heavy hitters with a growing list of support from dance aficionados the world over. Recently seeing rotation from Insomniac’s Pasquale Rotella, Tïesto and The Aston Shuffle, while enlisting household tastemakers like Go Freek and Jordan Burns on remix duties.

A hit machine, but not in the typical sense, Ember stays true to his groundwork, holding down a solid silver/gold status with his frequent flyer program as a mainstay on dancefloors across the land. Here to turn the club on its head, help you through your week and sweat your stress away. Let’s Dance!

Theres a public holiday the next day, and then the weekend. Do the maths. 4 Day Weekend and theres no better way to start the long weekend bender than our Easter Thursday Party ft Ember!

Local Legends on the Decks TBA

$6 house spirits + Tap Drinks from 8-10pm,
Greenwood Thursdays Membership gets you express entry with 4 mates, $6 drinks all night after happy hour, 2 for 1 Pizzas and other perks!! Inbox us for details if dont already have that magical pink card, plus its also free ;)

Be There, See You March 29
Greenwood Hotel North Sydney