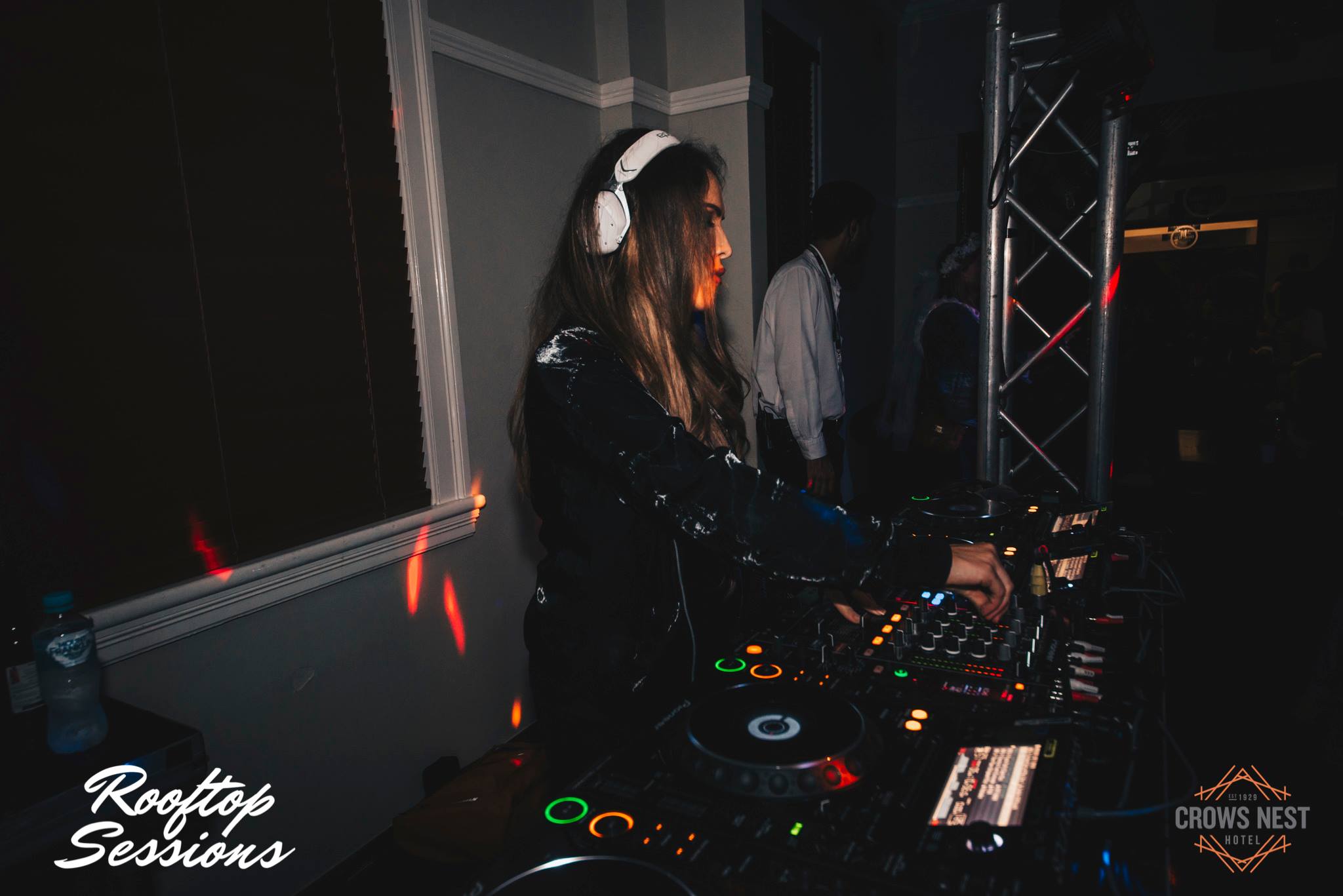 Helena Legend has it all: energetic DJ sets, on-point production, and a powerhouse of
presence. Armed with such a deadly combination, the UK-born, Australian- bred
and Los Angeles-based Helena Legend has taken the scene head on into unparalleled heights. Helena
Legend dominates with her sound as one of dance music’s most prominent DJs and electronic
producers. Showcasing her depth with electro, progressive and house beats she stands her
ground with finesse. Proudly hosting a residency at the stunning Las Vegas 5,000 capacity
super club Drai’s and having just resigned for her second year as a 2015 resident, the spotlight
is at an all time high after releases on label giants such as Musical Freedom, Ultra Music, Sony,
Onelove and Mutants Records to name a few.

With an array of new music on the horizon, Helena Legend has crafted a oneofakind style in
high demand. Signed in the USA with SPIN Artist Agency—home to artists such as Avicii, Oliver
Heldens, Dimitri Vegas & Like Mike and Armin Van Buuren—2014 was a momentous year for
the influential icon. Beginning with an unforgettable soldout WMC showcase debut of her
brand, ‘The Revolution,’ her profile and popularity was apparent as it quickly launched Helena
Legend into the dance music stratosphere and lead to the launch of her monthly podcast ‘The
Revolution.’ This seminal journey continued at an absolutely torrid pace, with a hectic and busy
touring schedule all over North America. Helena Legend went on to perform an electrifying set
at Tomorrowland in Belgium, followed by in demand plays from Germany, to Canada, to Ireland,
Tokyo and everywhere inbetween.

From a young age her classical skills on the cello and piano amplified into more when teamed
with an electronic barrage. Her musical prowess came full circle with her debut single ‘Girl From
The Sky’ shooting to No. #1 on the Australian Club charts for four weeks and with it a rapid rise
to stardom. Her next major imprint was with the landmark release of ‘Levity’ feat. Shawnee
Taylor, landing a Top 10 spot on Beatport. Dominating charts and festival stages alike this
smash hit brought Helena Legend’s unique take on bigroom to audiences everywhere.
Released on Ultra, ‘Raven’ was her summer anthem, a huge monster track that shook clubs
and festivals to their core. Additionally, her track ‘Legend’ released through the same label
gathered huge support from the likes of Hardwell, Nicky Romero, Ummet Ozcan, and R3hab.
Helena Legend’s momentum progressed with no signs of slowing down, culminating in her
previous single, ‘Shake It,’ out on Musical Freedom, which lead to guest mixes on Tiesto’s
infamous ‘Club Life’ and with it exposure to new audiences all over the world. The newest track
from Helena Legend, out on Ultra, October 9th, features the superstar vocalist Taylr Renee with
Dancing Astronaut proudly showcasing the worldwide premiere. The release of ‘Wake Up’
coincided with the evolution of Helena’s brand into ‘Helena Legend’.

Having already made a lasting mark for years to come, as well as setting the standard high for
the future, Helena Legend is on the path to becoming one of the world’s biggest talents. Her
music, DJ sets, hard work, attitude and talent along with a strong social media following and
hardcore fan base of ‘Helena’s Legends’ has led to her touring all over including the US, Asia,
Europe, and of course her home grounds, Australia.

This queen of electronica has rocked festivals all over the world including Tomorrowland, Big
Day Out, the Future Music National Tour, the main stages of Ultra Music Festival and
Stereosonic as well as touring Asia supporting Alesso to sold out stadium crowds. With the
respect and support of industry leaders around the globe as well as some of the biggest names
in dance including Tiesto, Hardwell, Dimitri Vegas & Like Mike, David Guetta, Bassjackers, and
Firebeatz among many others, the distinction of being Pioneer Pro DJ’s most prominent
ambassador, and a figurehead within the fight for cancer, Helena Legend has become one of
the most watched names in music. Dubbed by DMC World Magazine as “one of the most
exciting DJ’s of the moment,” this musical empress is without a doubt leading The Revolution; if
you are not ready yet, be prepared for the Helena Legend takeover.

We are back for another round of Rooftop Sessions at Crows Nest Hotel with Helena Legend! We also have all your local favourites, Rory Vevers, Houseboat, Master Kee, Brox, Kenoath, Slavo!

Entry is FREE & there is no Lock out!