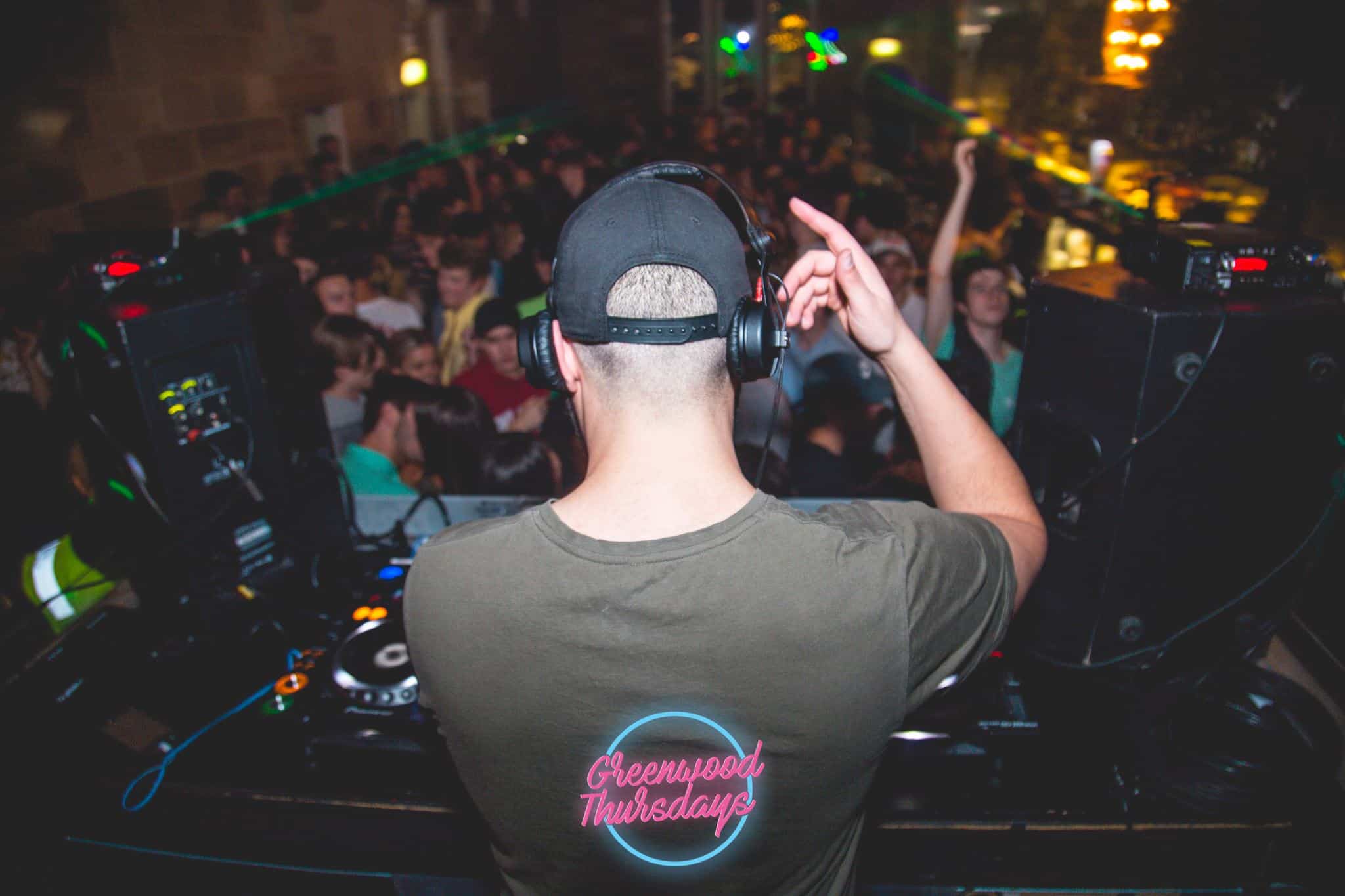 J-Trick DJ Set at Greenwood Thursdays in North Sydney at the Greenwood Hotel.

As an artist that resonates big sounds, big rooms, and a big persona; J-Trick has established himself as a formidable name in electronic music.

Emerging in 2013 as one of Australia’s biggest artists via his #1 ARIA Chart smash ‘Jumanji’, the versatile and forward thinking producer set the tone for what was to follow. 2014 saw the release of ‘Rambo’ with long time friend Deorro via Hardwell’s Revealed imprint, which went on to become one of the biggest records of the year. Taking out a Beatport #1 overall chart place and receiving an edit from the worlds #1 DJ at the time, Hardwell. Not one to rest on his laurels J-Trick quickly backed it up with the monstrous ‘Scream’ on Tiesto’s Musical Freedom imprint which achieved similar Beatport success at #2. Additional impressive J-Trick recordings can be found across top tier labels including Owsla, Dim Mak, Armada & Enhanced.

With a strong will for helping and mentoring young artists, J-Trick set up his own imprint, Club Cartel Records which he has and continues to use as a platform to showcase young talent. With an emphasise on discovering, nurturing and releasing music from these artists, the label has continued to successfully grow and help break many key artists.

Even with releases on the biggest labels, support from the worlds best, a touring schedule that takes in Asia, Europe, North America and Australia, and keeping his record label thriving J-Trick is always thinking about the road ahead. The next step… the next move… the next play.

The Rules Are Simple - Wear Something Red, Yellow or Green -

Green means you are DTF, sending or happy to receive a ‘whats doin x’ or a ‘U up x?’

Yellow means after a handful of vodka lemonades you’ve got a crack, or if you back yourself strong

Red means You'll be speaking to the hand because they are already taken, or have ambitious standards

If you decide to be a spoil sport and don't dress, there is a chance you will be handed a really embarrassing green coloured outfit on the door to wear.....Then photographed in it. Now this could be really bad for you if you are in a committed relationship, especially if we decide to send the photo to your better half.... Moral of the story, dress up and turn up...

FREE ENTRY, ALL NIGHT
$5 house spirits + beer from 8-10pm,
Greenwood Thursdays Membership gets you express entry with 4 mates, $6 drinks all night, 2 for 1 Pizzas and other perks!! Inbox us for details if dont already have that magical pink card

J Trick and Jordan Magro are on Headline Duties, they'll be controlling the traffic from the chapel with our Greenwood Residents playing all your favourite tunes !

Be There, See You August 17