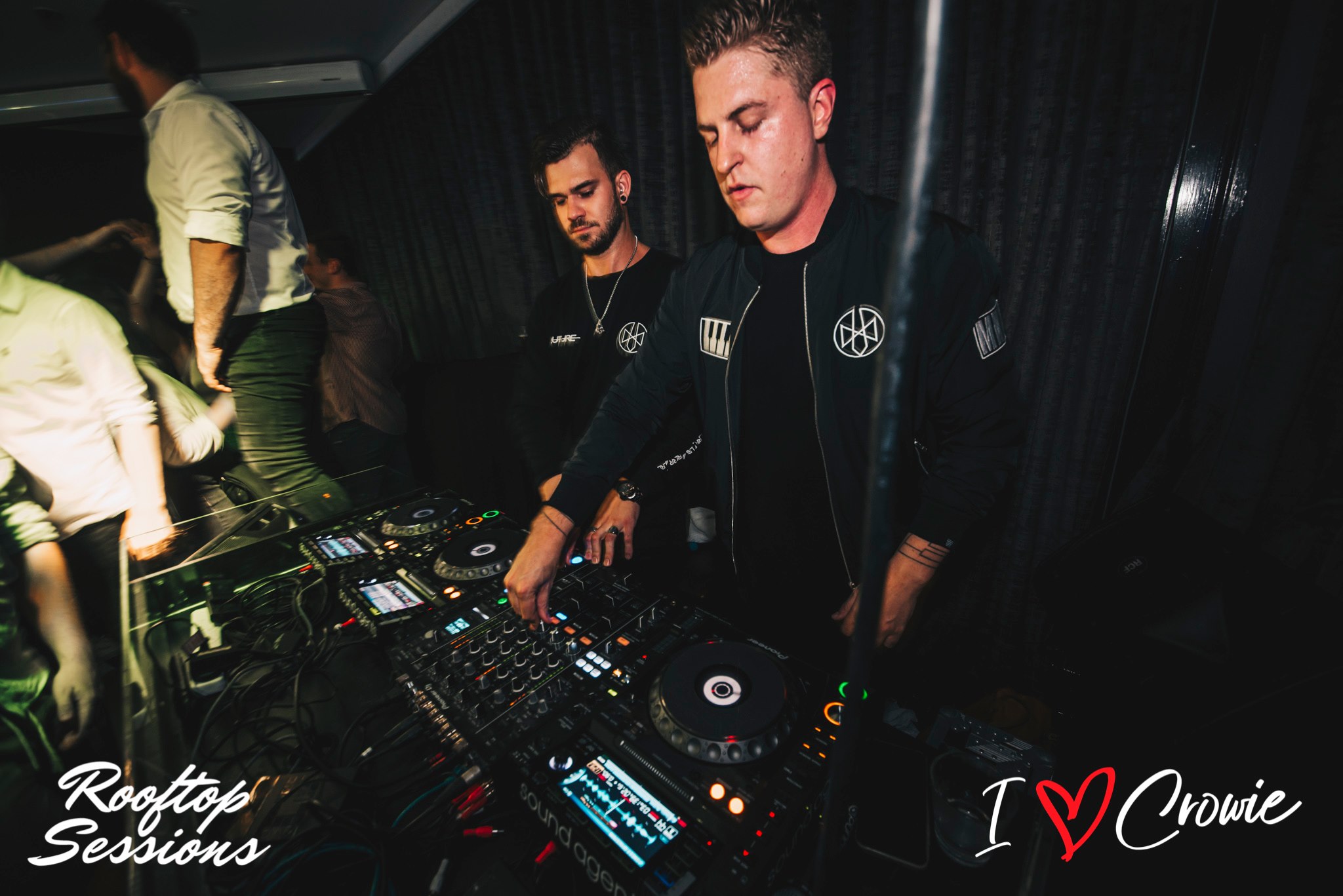 Mashd N Kutcher are NOT your average DJ’s.

The pair of Brisbane-grown musicians have progressed from local DJs to one of the most prominent electronic acts to grace the music scene in recent years, with an ever-growing list of successes including being voted Australia’s #1 DJ duo (inthemix 2015), producing multiple Gold-selling records, hitting the one million followers mark on Facebook and achieving viral video success for their infamous ‘mashups’ almost too many times to count and continue to make waves around the world combining music, multimedia and exhilarating live-electronic performances.
Since meeting each other in 2014, the classically trained pianist and drummer merged as a duo with a mission to defy what is considered to be ‘normal’ in electronic dance music. Creating a concept for a live show, that combined their love of music and incredible array of skills as multi-instrumentalists, DJs and producers to develop a world-class live show – proving themselves as not just musicians and DJs but creative masterminds and all round entertainers.

MNK are no strangers to commercial radio success, with multiple Gold-selling productions, as well as securing a weekly spot on one of Australia’s largest national commercial stations and undertaking multiple sold-out tours each year across Australia, Asia, New Zealand, North America, South America and Europe.
Three years later, Mashd N Kutcher have fast become one of the most buzzed about acts in the industry, both within Australia and abroad. While their live-shows keep the dance floors jam-packed, their music has been keeping Australia’s airwaves busy with their two Platinum and Gold selling records ‘Do It Now’ and ‘My Sunshine’, a track that came in as #1 Most Played record on Australian Radio in February by any Australian artist and reached #5 overall on iTunes. ‘Do It Now’ reached over 1 million plays on YouTube alone and was added to every major commercial station across the country.

Unless you’ve been living free from social media, there is no doubt Mashd N Kutcher would have appeared in your newsfeed one time or another, the pair have one of Australia’s biggest social reaches online in music, with each video reaching tens of millions of views – leaving the boys with over 250 million video views in total, winning the boys praise and partnerships from globally recognised brands such as Dominos, Subway and Optus to name a few and international media coverage on some of the world’s biggest news outlets including The Discovery Channel, CBS, Good Morning America and Inside Edition.

Mashd N Kutcher are no strangers to commercial radio success, with multiple Gold-selling productions, as well as securing a weekly spot on one of Australia’s largest national commercial stations and undertaking multiple sold-out tours each year across. Joins us as make their debut at Crows Nest Hotel on 7th December and supported by local legends James Ryan, Jake Broxom, Kenoath & Slavo.

FREE ENTRY all night so get in early to avoid missing out!