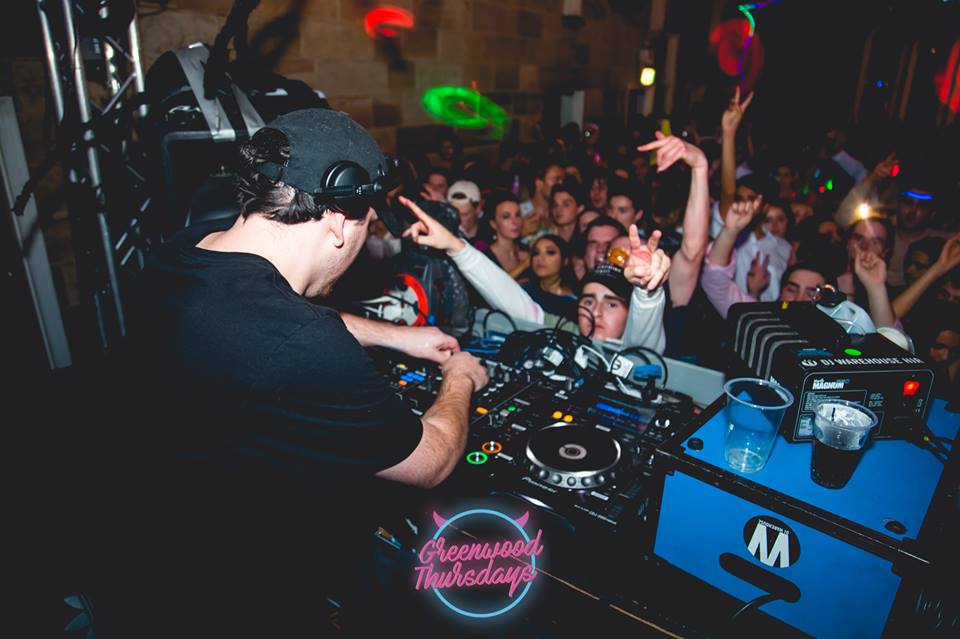 Tom Budin DJ Set at Greenwood Thursdays in North Sydney at the Greenwood Hotel. Back To Uni Party 2018.

Emerging from Sydney, Australia, the 23-year-old powerhouse Tom Budin no doubt continues to set huge waves in both the Australian and international dance music scenes. Budin is shaping up to be one of the most dynamic and energetic forces in Australian music today. If you know the name Tom Budin, chances are you probably have one of his tracks on your USB.

In the years Tom has been producing, he has achieved a substantial global following, racked up millions upon millions of plays worldwide and signed tracks to a number of international labels such as Ultra Music, Interscope, Armada, Heldeep, Hexagon, TMRW Music, Strange Fruits, Mixmash and more… Tom has consistently proven his production skill set with some stellar releases that have achieved both national and worldwide acclaim including support from artists such as Oliver Heldens, David Guetta, Afrojack, Dillon Francis, Jauz, Diplo, Tchami, Don Diablo and more.

No stranger to the DJ booth Tom has maintained strong ties with Sydney’s premier late night institutes like Ministry of Sound Club, Candy’s, Taylor’s Rooftop, The Sheaf and more supporting acts from all over the globe. Tom has also showcased his talents across some of Australia’s top nightclubs including The Met, Platinum Nightclub, HQ, Dog N Duck, The Black Bull, Cargo Bar and more also having worked a successful run of shows across Belgium, Ibiza and Croatia.

"X With U" the global smash hit from Tom Budin’s independent release with Onelove has garnered a host of accolades including reaching #1 on the Billboard Dance Club charts, a first for any independent label at the start of 2018 bridging high and low, mainstream and underground, with remarkable tact and reverence. Tom has also had a number of hits including his track “Price on Love” featuring English talent Jack Wilby (Universal), The Sydney lockouts protest track “Mike Baird” as well as his club smash “OMG” featuring American rapper Dashius Clay putting his name well onto the map.

Tom sets the bar high with a unique sound that is all about connecting with the listeners through high-energy releases, uplifting melodies, a fat low end that makes the ground shake. Welcome to the forefront of Australian Dance Music.

Its that time of year again! While going back to Uni may be devastating, its also a great reason to party!
For the first time - we will have RNB and Party Tunes all night in the Chapel , with 2 of Australia’s best RNB DJ’s who will be revealed later. This also means house in the courtyard with a very special act who tore down the house late last year ;)

With Aus Day Eve full well before 10.30pm, we recommend getting in early for this!

$6 house spirits + Tap Drinks from 8-10pm,
Greenwood Thursdays Membership gets you express entry with 4 mates, $6 drinks all night after happy hour, 2 for 1 Pizzas and other perks!! Inbox us for details if dont already have that magical pink card, plus its also free ;)

Be There, See You March 1