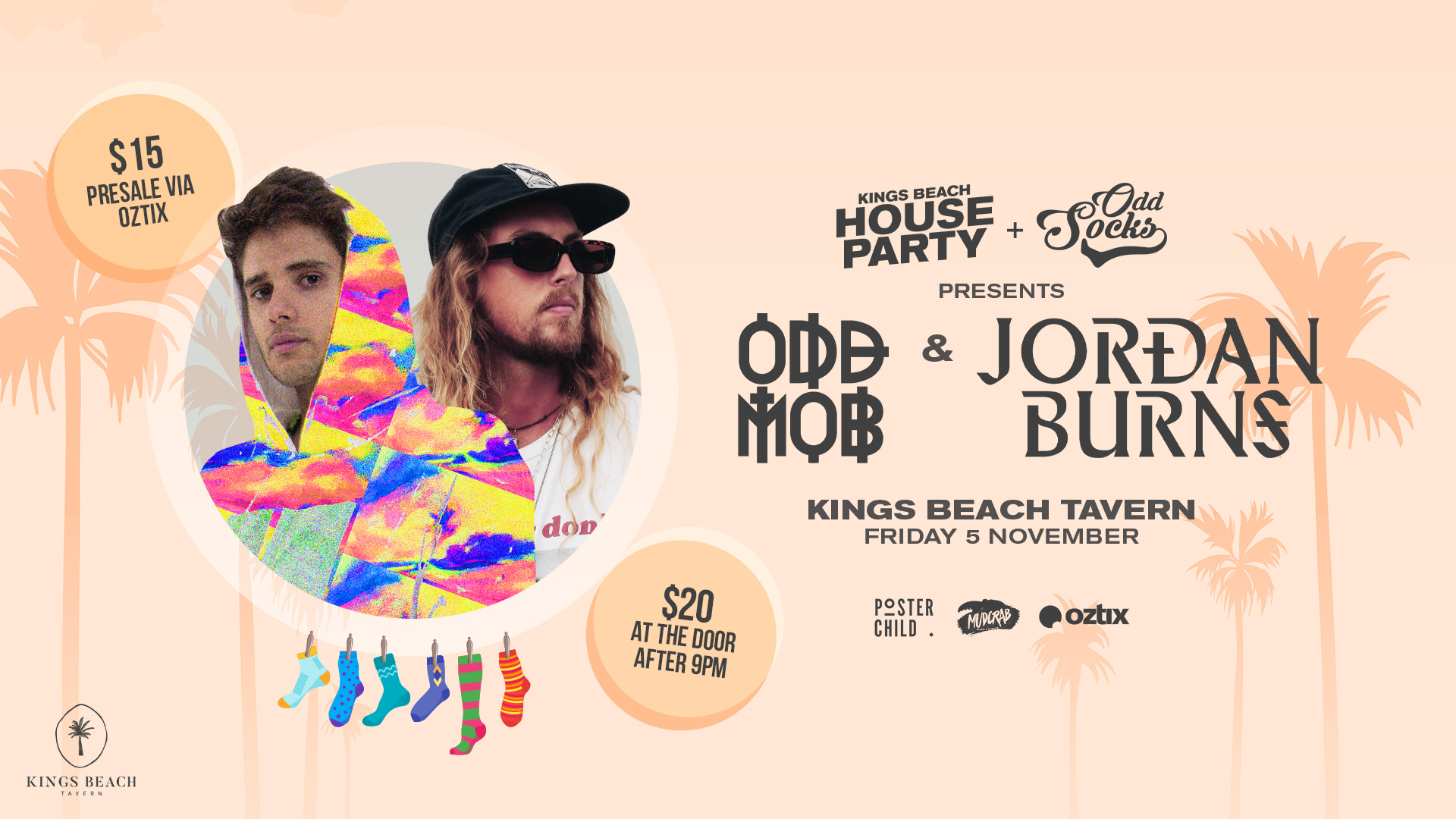 Odd Mob is the solo project of Brisbane-based Harry Hope, who has developed a knack for identifying unique sounds and creating fresh productions. He broke through with the ubiquitous 2014 track ‘Is It A Banger’, a track that resonated with Australian listeners, charting in triple j’s ‘Hottest 100’ and has since amassed over 6 million streams across platforms. The boundary-pushing producer showed no signs of slowing down subsequently releasing tracks such as ‘Intrinsic’, and ‘Lithium’ that have seen Odd Mob surpass 20 million streams across platforms, while he has been an ever-present name on the ARIA Club Charts. 2020 saw the release of ‘Wide Open’, and ‘Bad Moon’, while Harry was called upon to remix one of the hottest Australian tracks of 2020 in ShockOne ‘Follow Me’. From remakes, vocal tracks, remixes, and right through to his original productions Odd Mob is no stranger to pushing the sonic boundaries.

In the studio or in a dark sweaty corner of the dance floor, Jordan Burns is encapsulating everything house music. In the shadows of the industry's prime (AC Slater, Chris Lorenzo, Christ Lake, The Aston Shuffle & more) t's the grimey bass-heavy sounds that keep you coming back for more and is quickly becoming the 'Jordan Burns' signature sound. Across Australia, Jordan has shared the stage with LDRU, Motez, The Aston Shuffle, Peking Duk plus being personally selected to play warm-up slots for Christ Lorenzo, Skream, Dusky, Chris Lake, Fisher, MK, AC Slater, Sasha & Tchami to name a few!

Don't miss your chance to catch Odd Mob & Jordan Burns on the Sunshine Coast for a massive party. Presale tickets are limited, get in quick!

Let us know how we can help!

Fields marked with an asterisk (*) are required.
Thank you! Your submission has been received!
Oops! Something went wrong while submitting the form.